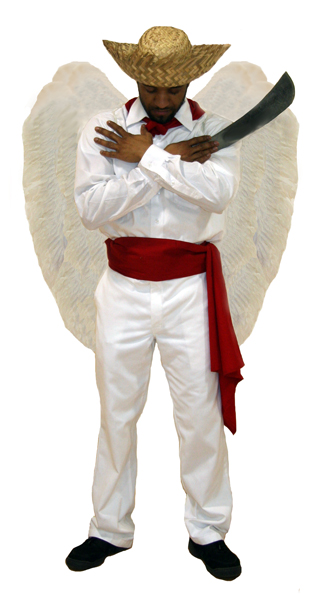 The History behind the Musical
by Dr. Tekina-eiru Maynard (2007)


In December 2007, Puerto Rican Folkloric Dance debut our newest original musical, Angelito Borincano, featuring live music and dance. When the 1899 Hurricane San Ciriaco hits the island, the Jibaros of Puerto Rico are given an Angel! Exciting adventures take Angelito Borincano through the 1950's great migration from the mountains of Puerto Rico to New York City -- and back -- searching for a heroic act that will earn him his deluxe wings! This original, bilingual musical was created by PRFDance Director Ana Maria Tekina-eiru' Maynard in collaboration with Rupert Reyes, Director of Teatro Vivo. Although Angelito Borincano is purely fictional, our story is rich in very real Puerto Rican history and traditions. Enjoy the information below that tells about the historical settings in which our delightful, funny, action-adventure musical takes place. 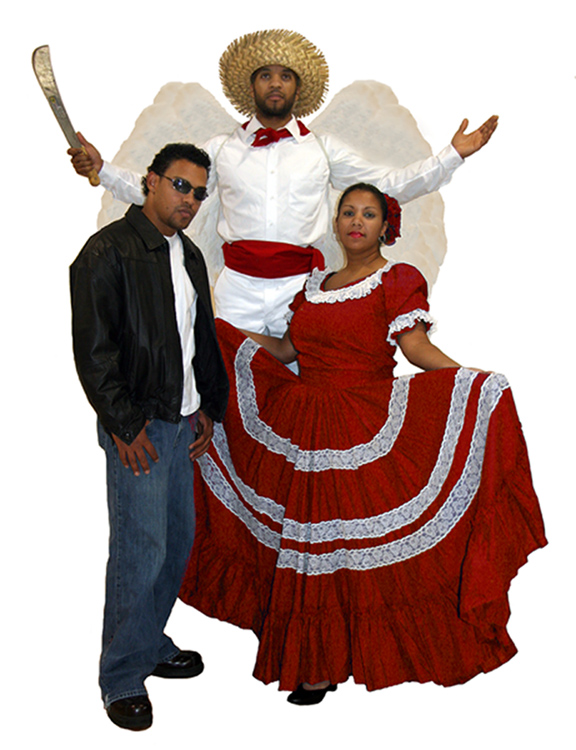 The beautiful island paradise of Puerto Rico lies in the hurricane belt of the Carribean. Each year, from June through November hurricane season brings over 150 mph winds, storm surges, torrential rains, and destruction, making hurricanes one of the most feared forces of nature. Thankfully, the stormiest months tend only to be August and September, when conditions in the Atlantic basin are most ripe for a hurricane to develop. In addition, the Caribbean is vast and the chances of any single island being hit directly by a hurricane are slim. Direct hits are so rare, in fact, that many elder inhabitants of the islands still relate events in history to being before or after "the storm" because they may have only seen one or two of significance in their lifetimes. [17]

During our musical we "meet" two hurricanes: