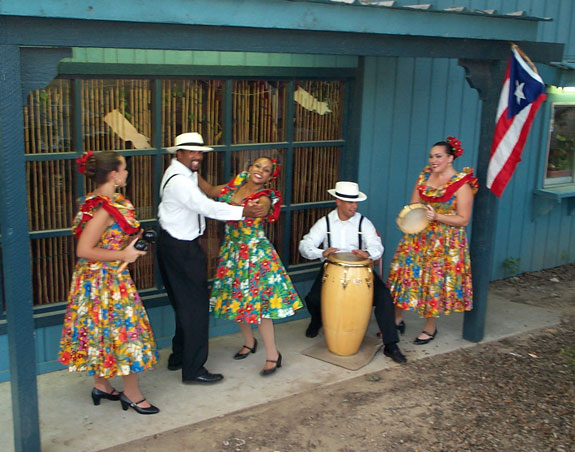 Plena was born in the working class barrios of Ponce, Puerto Rico about 100 years ago. It was known as "el periodico cantado" (the sung newspaper) because it contained stories about the history and everyday life of the people. Plena's origins can be traced back to the changes in society caused by Puerto Rico's transfer from Spanish to U.S. rule, and the abolition of slavery which caused displaced colonial sugar cane workers to seek economic opportunities in the growing cities of the island. Plena was born of African roots and was transformed into a uniquely Puerto Rican expression by the influences of Jíbaro, native Taino, and European musical traditions, in addition to the contributions of freed slaves from English-speaking Caribbean Islands who travelled to Puerto Rico seeking work.

By the later part of the 20th century, Plena primarily existed as part of our folklore. However, in the 1990s Plena was given new life thanks to music groups in Puerto Rico and New York who modernized its sound for a new generation. Whether folklore or modern sound, it's the panderos -- three or more handheld drums of different sizes/pitches (seguidor, segundo, and requinto), and the guiro -- a gourd percussion instrument of native Taino origin -- that together create the explosive rhythm of Plena. The white "Panama" hats typically worn by Plena musicians will always be a beloved icon of Plena. While it is important to study Plena given the popularity of its folkloric style, it is equally as important because it is a living tradition that is still an active part of Puerto Rico today, marking important occasions in the lives of our people, from birth to death, and even street protests.


We hold the banner high for Puerto Rico everyday!
Thank you in advance for your donation of any size!!